“Absolution” was originally published in the Spring 2006 issue of Spinetingler Magazine.

“Thanks, Grandmother.” Jen moves the bowl around the flame with the deftness of youth. Her hands work in short, precise bursts, the skin smooth, a little darker than is fashionable, like mine used to be. She mashes the vegetables finer, the chicken also,

Jen’s deference to the few teeth I have left.

Lamp light plays shadows with imperfections in the wall’s hewn wood and the ceiling’s thatch. The flame is so intense, the room beyond darkens to nothing, its furnishings reduced to memory — a carved chest, its contents long-emptied into Jen’s own, a cabinet, a daguerreotype, long-faded. Jen spoons up the soup and offers it to me. “How do you feel?”

My son named Jen after me. I looked that way once, graceful, sparkling of eye — long ago.

“Mind the fire, Haldi,” I told him. My little brother never listened. I snagged him before he caught a sleeve in the dancing flickers.

“They sing, Jen.” Haldi would sit for hours on the hearthstone, if I let him. “Can’t you hear them?

“Only a little.” I fed him and sent him to bed. Flames don’t sing. They cackle. They roar. They consume, destroy.

“A story?” Haldi hung on my skirt, cheeks flushed. Firelight reflected off hair darker and eyes brighter than my own. At five years old, Haldi was overdue for his first haircut, but I couldn’t bring myself to send those glossy curls into memory. During the day, I tied them back, the old-fashioned way, like some of the men still wore it. At bedtime, in his long shirt, without his trousers, he looked like a little girl.

“Only a short one.” I pulled the rocker away from the flame, close by his cot, separated from mine by an embroidered blanket hung where the ceiling lowered under the roof’s slope. That blanket was the one item I’d been able to save from my childhood home, aside from my little brother. I threw it over Haldi before I dragged him out the door. The blanket was my mother’s work, perhaps her absolution, for being upstairs, away from Haldi, not able to keep an eye.

Haldi snuggled into my lap. My stories were never short. I told him a special one, about animals who talked and trees that walked, until he fell asleep, his hair so soft against my cheek, I hated to break the contact when I tucked him in.

Jen knows about Haldi, knows he died, knows how. She knows enough. She doesn’t have to know it all. The spoon hovers before me. Jen takes opportunity of my open mouth to sneak it in.

“Will you have a story tonight, Grandmother?” Her eyes, so like Haldi’s, flicker in the flame.

“Eat a little more, Grandmother. It smells wonderful, doesn’t it?”

I nod, though it’s long since I possessed ability to smell anything. Jen doesn’t know.

“Hmmm…watcha cooking, Jen?” Haldi demanded a week after his sixth birthday. He flung his cap on the table.

I pointed to the offending apparel. He grabbed it, aimed it at the hook by the door. He missed. He always missed. Even when he grew older, he always missed.

“Can I help the men with the forging?” He spooned up his stew. He always asked. I always denied him. He was small for his age. People called him scrawny. My father was tall. Haldi didn’t get his chance to see how he’d measure up.

“Boys go at my age.” Haldi threw his spoon back into the bowl. Wood handle clunked on the pottery.

He scowled, but didn’t fight. He went to watch later. He always did. He thought I didn’t know.

“Goodnight, Grandmother.” Always Jen kisses me, arranges my covers. Always she checks an hour later to make sure I sleep. Always I pretend. She’s not fooled.

“Are you restless tonight?” She rubs her fingers over the wrinkles on the back of my hand. Her touch is warm, my hands, cold. “Can I sit with you a while? I get lonely sometimes.”

She can’t be lonely, not with that Waldemar hanging about the place day in and day out.

“Tell me about the wedding.”

“Do you have to get married?” Haldi planted his feet, puffed out his chest.

“I need somebody to take care of us both. Don’t you want a man about the house?”

“Will he let me go forging with him?”

“Sleep, Grandmother. It’s late.” Jen gives my hand a final pat. She bends to extinguish the candle and I catch my breath to see the sheen of the curls and the curve of the brow. So like Haldi.

“Call him Gunther.” Haldi stared into the baby’s face. “It will sound good when he does the forging.”

My husband agreed. Gunther he would be.

“Will you take me today?” Haldi stared into my husband’s face. My husband looked to me and I nodded.

“Obey him,” I ordered Haldi. “Be careful,” I mouthed to my husband.

Haldi blew me a kiss as he darted out the door. I caught it.

My husband spoke to me one night, after Haldi had gone to bed. “I’m not his father. Only his brother-in-law. Boys younger than Haldi go. Sometimes they tease him. I hear it.”

After my marriage, Haldi slept alone beside the embroidered blanket. My husband fashioned a private place for us, across the room, behind a wooden partition. I wouldn’t allow more than that, worried Haldi would get up in the night, worried he’d sit on the hearthstone, too close to the embers, worried I wouldn’t hear if he did.

“I’m careful, Jen-jen. I keep an eye.” My husband lifted my chin. “Time we cut his hair. Only old men wear it like Haldi. He’s eight years old. The other boys tease about that, too.”

I lowered my head, mouth working against the tears, hand clasped against my chest. “I don’t want to cut his hair. I don’t want him to look different from what he did then. All I have from them, is him.”

“What happened to your parents was an accident.” My husband worked my hand free. His own lingered over my breast before he brought my fingers to his lips to kiss them. “Haldi doesn’t understand. He was too young. He doesn’t remember.”

“He remembers.” I snatched my hand back. “He stared in the hearth. ‘Pretty’, he screeched. He didn’t understand he couldn’t catch it, didn’t know what he did when he tossed the towel over the flames, pulled it out. I was too far away. He moved too fast.”

“Your parents were sick. You had too much to worry about.” My husband reclaimed my hand. “The harder you try to keep him from the forging, the more he’ll want to go. Boys are like that. Better he do it in my sight than sneaking around behind our backs.”

“Not yet,” I say to Jen, reaching a hand. “Sometimes it’s too dark in here. I’ll blow it out later.”

“It’s not safe to leave the lamp lit. Waldemar is waiting to take me walking.”

“Why didn’t you tell me?” I push her away. “How long has he been waiting?”

“Not long.” Jen shoves her hair behind her ear. It tumbles forward, too thick to be constrained.

“The glass covers the lamp, Jen. Go on. I’ll be all right.” I shoo her out the door.

“Fine. See you in the morning.”

She’s Gunther’s daughter, yet Haldi is there, in the tilt of her head, the sparkle in her hair. He blows me a kiss and I catch it, reaching a hand one last time. Then, he’s Jen again as she leaves, skirts rustling in her wake. I hear the young man’s laughter and her giggles.

They’ll go to the forge. It’ll be warm, a good place for cuddling and kissing. They could do that here, but Jen worries. She thinks I’m old-fashioned, that I wasn’t young once.

When she marries, she’ll have a baby, maybe a little boy, maybe one who won’t always mind her, a boy more like Haldi than like Gunther. She won’t have time to watch the child and me.

“Haldi?” Panicked, I whipped around, clutched the baby to my shoulder. Then, as certain as I ever knew anything, I knew where he was. I dashed out of the house, grabbing only a blanket for the baby in my haste.

The men were not at the forge that day. The men were helping with the calving. Haldi didn’t know. He only knew he woke too late to accompany my husband. He sulked and stared into the flames of the fireplace when I handed him his porridge. I meant to tell him, but the pot boiled over, then the baby cried. When I turned back, he’d gone.

I take the lamp, unsteady in my palsied grasp. The glass globe crashes to the floor. No Jen comes flying. She’s stepped into the night, gone to find her future. Jen will never have to come flying. I stare into the flame. It speaks to me, dancing in its own steady way.

“Haldi!” I tried to keep my voice calm. I placed the baby safe inside a bucket.

“Sh…Jen. Listen. They’re talking to me.” Haldi’s eyes flickered in the glow. He leaned over, too close — the sheen of curls, the curve of a cheek.

I moved, but not deft enough, not quick enough. I snagged him, but not before the flames caught his sleeve, his hair, not before he fell.

He screamed a little, then cried for hours before he died. The embroidered blanket became his shroud.

It won’t take that long for me, I decide. I want more. It’s not right I should be spared the worst of it. But I’m old. This is the best I can manage. With prayers for forgiveness on my lips, I tip the lamp to the bedclothes to claim my absolution.

Mindy Tarquini grew up convinced that there are other worlds just one giant step to the left of where she’s standing. Author of the critically acclaimed and award-winning Hindsight (SparkPress 2016) and The Infinite Now (SparkPress 2017), Tarquini’s writing has appeared in Writer’s Digest, BookPage, Hypable, and other venues. An associate editor on the Lascaux Review and a member of the Perley Station Writers Colony, Tarquini is a second-generation Italian American who believes words have power. She plies hers to the best of her ability from an enchanted tower a giant step left in the great Southwest.

Too many ezines have closed up shop because they rely on volunteers and have limited resources. Some also have trouble attracting quality submissions due to lack of funds to pay authors. We want to publish original fiction online and expand to print. Read about our plans here:

How else can you support the publication of quality fiction? Consider advertising.

Out Now from Christa Miller!

Hot off the Press! 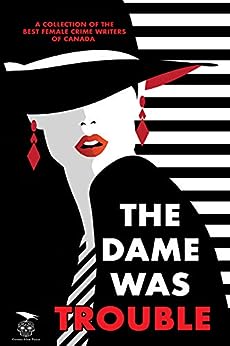 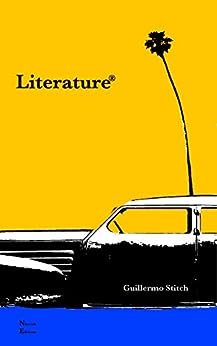 The Spying Moon – Out Now!

“There were also numerous plot twists and dramatic confrontations.   Ruttan is an experienced writer who knows how to build suspense.” – The Masked Reviewer

Did You Miss These? Get them now! 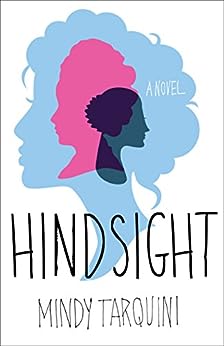 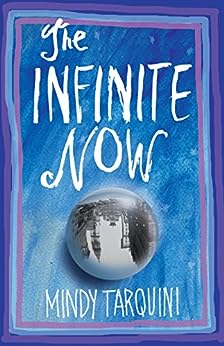